Property sales in Cyprus up across the board

The first nine months of 2022 have seen property sales rise by 37.2%, recording the most activity in the real estate market since the crash in 2008.

The latest data from the land registry department, published on 4th October, showed that Larnaca has the second highest rate of increase at 53%, with 1,734 sales this year.  Nicosia having a 3.8% increase at 2,043 sales and Famagusta 1.9% and 490 sales recorded the lowest rates.

Stockwatch cited experts in the real estate sector who see demand remaining strong despite the fallout following Russia’s invasion of Ukraine and concerns over a looming financial slowdown.

After the previous report from the land registry, released in mid-July, sources from the department told media that the rise in sales was mainly due to domestic demand.

people were investing in property due to the inflation crisis, while also hoping to get ahead of the possible increased lending rates.  In addition to the attractive fast-track Cypriot Residency by Investment program.

New companies at the Paphos Mall

According to Phileleftheros (the largest newspaper in Cyprus), the first companies that will rent a space in the building that used to be The Paphos Mall have already been found.

This will be the third Lidl supermarket to open in the Paphos region in recent years. This will be good news for both locals and ex-pats as Lidl has become a popular choice for shoppers.

The Paphos Mall building was sold in December 2021 for 12.5 million euros by Astrobank to a so far unidentified foreign investor. According to information taken from in-cyprus news, it is a Russian investor.

With this building having a convenient location with an abundance of parking space. It shouldn’t be long before these vacant spaces are taken. 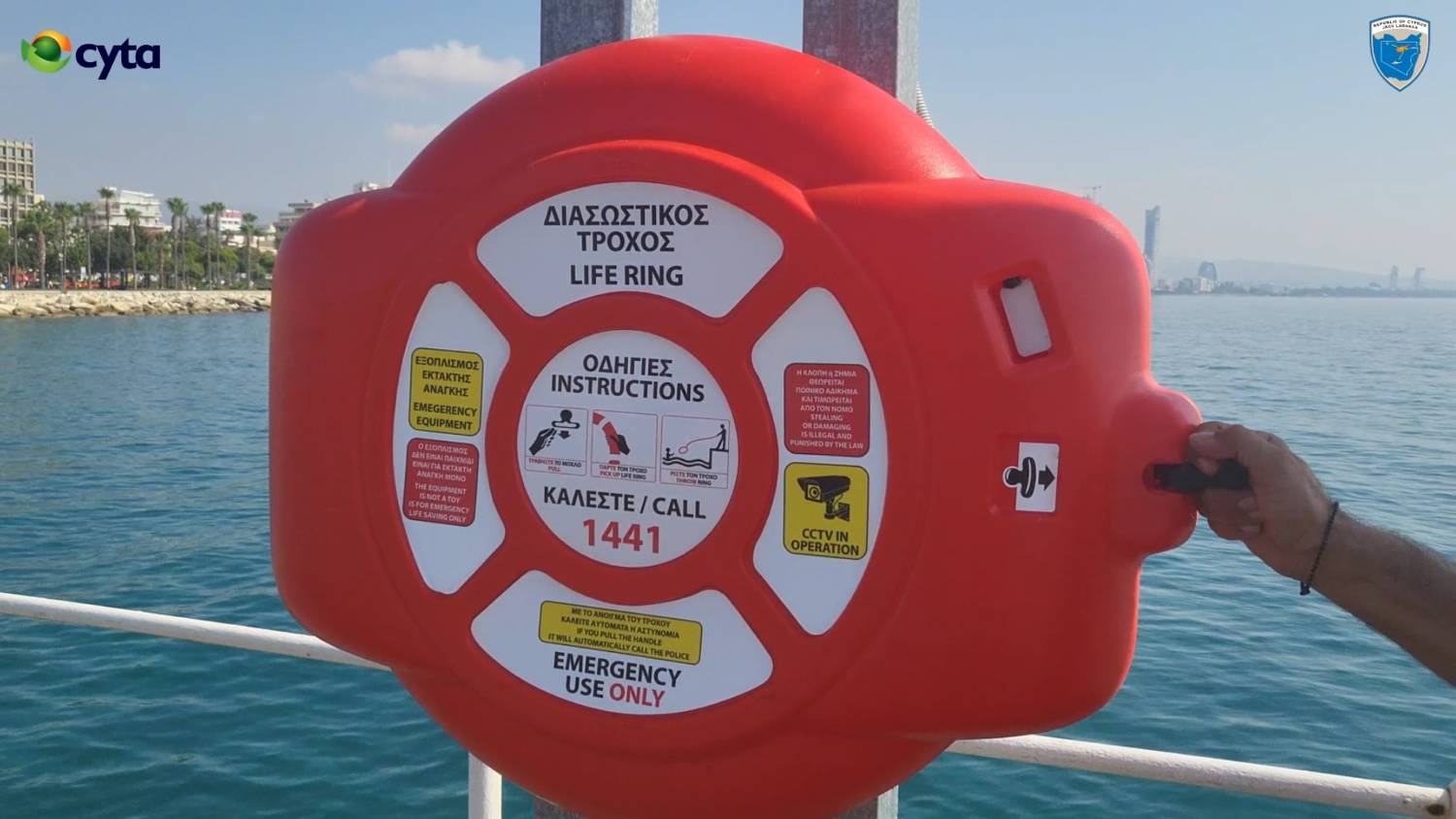 Each of these points will have a life ring with rope and will be homed in a hard red case which can be used in a rescue operation when a person is in imminent danger. These life rings will be activated automatically by calling the Operation Centre of the Search and Rescue Centre. Each rescue point will be able to transmit images in real-time through a camera.

The need to establish the rescue points in the three locations was based on statistical data indicating how dangerous the areas can be, as well as on the results of a pilot operation of a rescue point at the Agioi Anargyroi area at Cape Greco.

Paphos named among the greenest destinations in Europe

A press release by the Paphos Regional Board of Tourism has confirmed; Paphos has received a European Silver “Quality Coast” award for 2022 and has been included among the top 100 greenest destinations in Europe.

The Paphos coastline was recognised as an attractive destination for visitors wanting to combine holidays and enjoy nature in a city which cares for and preserves the quality of the environment while following practices to protect and highlight the local identity and cultural heritage.

This Silver award and a place in the list of the Top 100 greenest coastal and island regions of Europe honour Paphos but, at the same time commits it to the continuation and improvement of the practices it follows.

The Board of Tourism stated, “with this award, Paphos becomes even more famous for its unparalleled beauty, its picturesque beaches and for its rich and rare vegetation, found primarily in Polis Chrysochous and Neo Chorio”.

The basic criteria for the selection of the greenest destinations in Europe include:

On Thursday 29th September was the official opening of the first municipal organic vegetable garden in Paphos.

The garden area is a large 1600 square metres space which includes:

The main reasons this municipal organic vegetable garden was established was to inform and educate children regarding the importance of organic cultivation and it will be accessible to the town’s schools for students’ visits.

During the opening ceremony, The Mayor of Paphos Phedon Phedonos stressed the importance that the Municipality of Paphos attributes to this project, “not only offers a natural environment but at the same time raises awareness about the importance of organic cultivation”.

Fruit of the month

There are many good reasons besides the sunshine when living in Cyprus, another being the Mediterranean diet. With abundance of fruit let’s take a look at the fruit of the month

Enjoy your summer autumn in Cyprus by introducing to your diet the fruit of the month for October being the forever popular and divine Pomegranate. 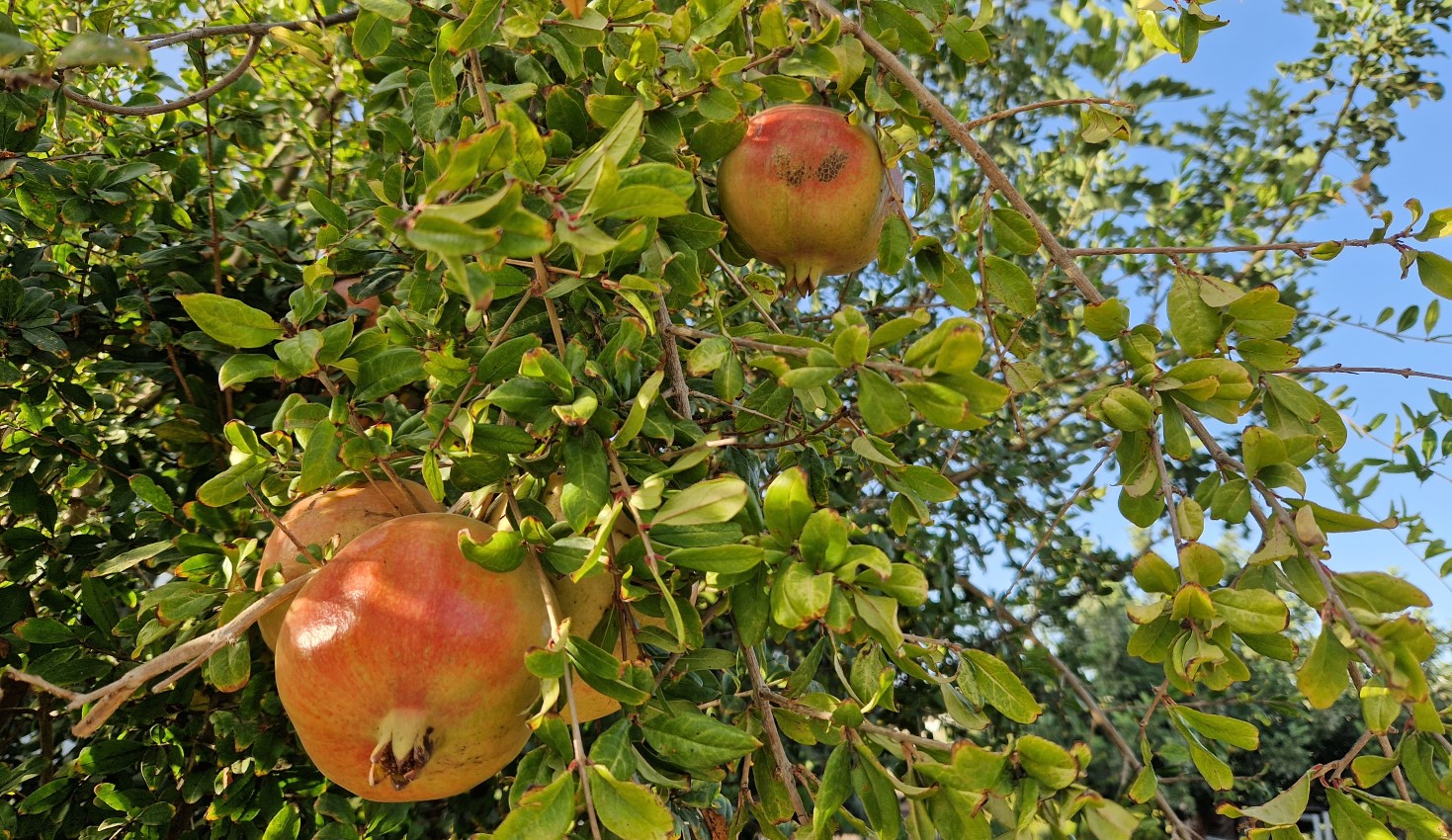 It is believed to have been first harvested in the Garden of Eden and is considered a fruit-medicine. The pomegranate’s flowers, leaves, bark, peel and of course seeds are all edible.

The Pomegranate has many healing benefits which includes:

In addition to the health benefit, the pomegranate has become one of our favourite fruit ingredients when making cocktails. Why not try:

Or make a much healthier “Mocktail”. 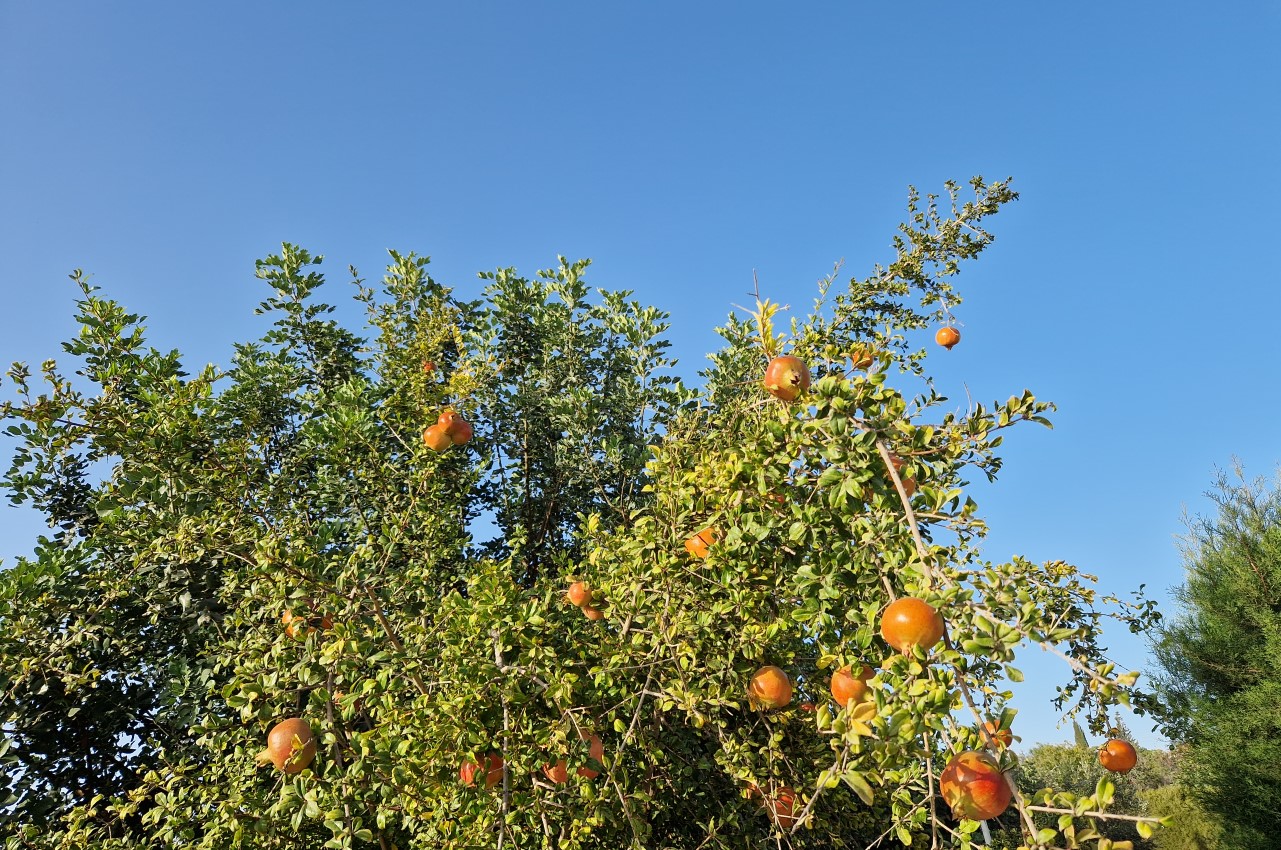 I’m actually lucky, my home in the sun is in Konia village, Paphos and my neighbour has a beautiful pomegranate tree in his garden where we can help ourselves. See above photos I have personally taken on 1st October, ready for a taste of Cyprus’s October fruit of the month.

This cycling route takes the riders to locations where mythology was born and history was recorded.

This is an idea that becomes reality through the “Aphrodite and Apollo Gran Fondo”, a Cycling for All race taking place this October on the island of Cyprus. This is a race that suits all fitness levels, from beginners to professionals. 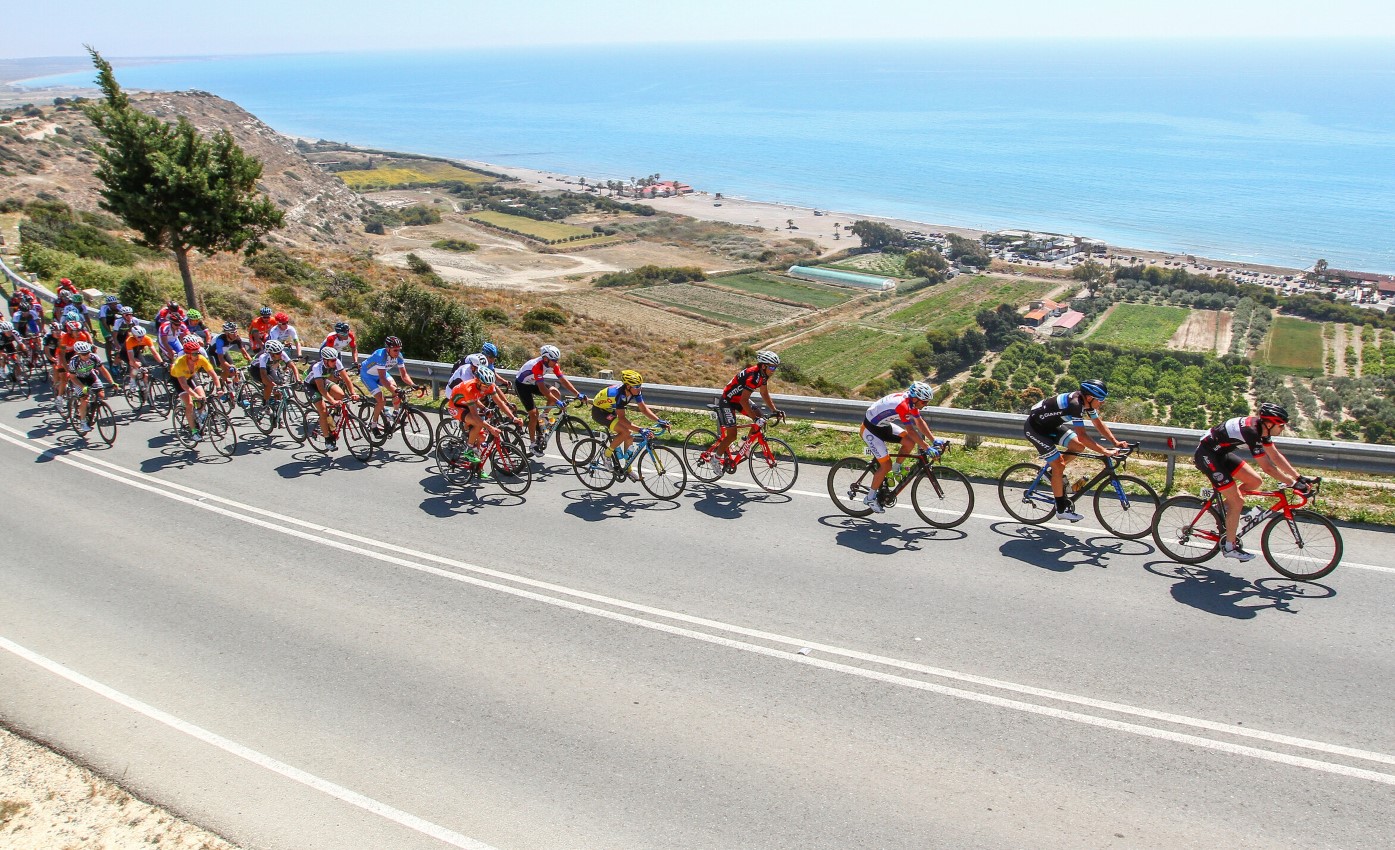 The Cycling Gran Fondo will be hosted for only the second time. The route portrays the beauty of the island as well as the 10,000 years of history, civilization and culture of Cyprus and its people.

Your journey takes you the paths of Apollo and Aphrodite; Paphos, the land where the Goddess of beauty and love was born and Limassol, the area where Apollo Hylates was worshipped as a god of woodlands. The views are of great beauty, archaeological importance and authenticity of this beautiful island.

If you couldn’t make the October race, why not open your cycling season in Cyprus – Cyprus Gran Fondo 31st March to April 2nd 2023 – The greatest amateur cycling race in Cyprus.

Please Contact us if you have any questions or require further information relating to buying property in Cyprus.

If you would like further information on buying properties in the Cyprus or discuss you property requirements, please do not hesitate to contact us.

Is now a good time to invest in Student Housing in the United Kingdom?