It’s also interesting to note; tourism revenue during the first nine months of 2022 increased by 88% year-on-year, reflecting a rise of €920.2 million. 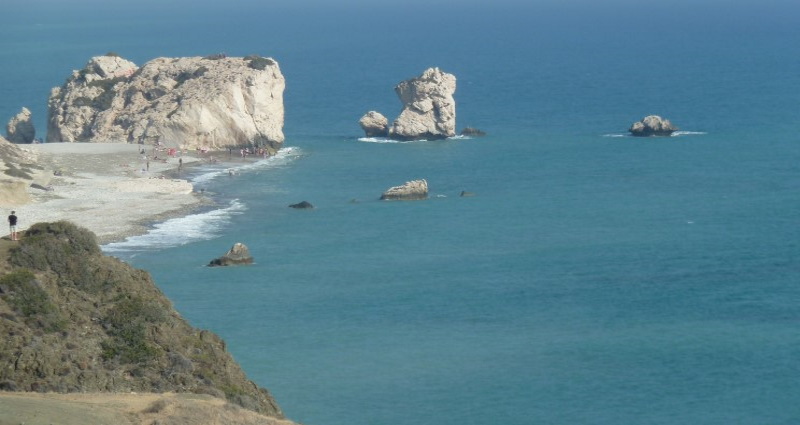 Periods between January and September 2022, tourism revenues are estimated to have reached €1.96 billion, compared to €1.04 billion in the corresponding period of 2021.

If we compare tourism revenues between January and September 2020, during the first year of the pandemic, it was obvious revenues only achieved €298.9 million.

We are now witnessing, tourism revenue continues to edge closer to pre-pandemic levels, with the revenue generated in the first nine months of 2022 coming at €268.6 million shy of the figure recorded in 2019, a bumper year for tourism in Cyprus.

The report also revealed that while tourist arrivals in September 2022 increased by 21.9%, reaching 413,382 visitors, compared to 339,242 in September of the previous year, the average length of stay decreased to 9.8 days, compared to 10.9 days previously.

However, a further interesting fact is the Cyprus tourist industry has worked tirelessly improving the quality of tourists Cyprus attracts, with the average spend per person per visit rising to €842.49 in September 2022, compared to €790.63 in September 2021 with the average spend per person on a daily basis rising to €85.97, compared to €72.53 during the corresponding period.

This new platform is aiming to offer a single package, combining Cyprus Airways flights, the best hotels in Cyprus and all Cyprus Airways destinations, including airport transfers and at competitive prices. 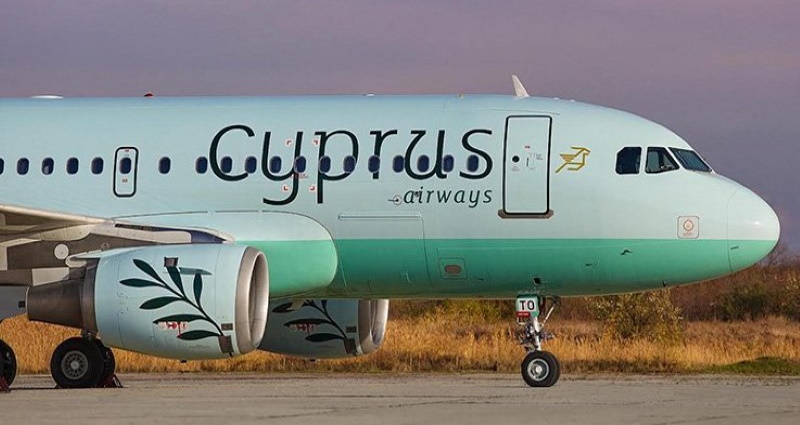 The Cyprus Airways CEO Paul Sies said “As the Cypriot flag carrier airline, they are determined to facilitate inbound travel”.

He added, “Every year we carry hundreds or thousands of customers, most of whom are tourists. It was a natural step for us to start offering package holidays”.

This is Cyprus Airways first step in entering the package holiday market. This new platform aims to offer good value-for-money packages, resulting in lower prices than if buying flights and accommodation separately.

Morten Husby, CEO of TripX, who manages the entire technology platform and operations of Cyprus Airways Holidays, said, “as the preferred partner of many airlines in the field of travel management and the dynamic sector of the business, we are very pleased to contribute in the journey of Cyprus Airways to become an important factor in the tourism industry in Cyprus”.

“The industry now has a new opportunity to promote and attract holidaymakers to this wonderful island. We now offer an extremely good product with great value to Cyprus Airways customers, both domestically for tourists and overseas for the local market to the growing number of airline destinations”.

Paphos is one step closer to becoming a smart city

Paphos municipality has announced they are one step closer to becoming a “smart city” with the completion of a mobile application designed to facilitate transactions for residents. 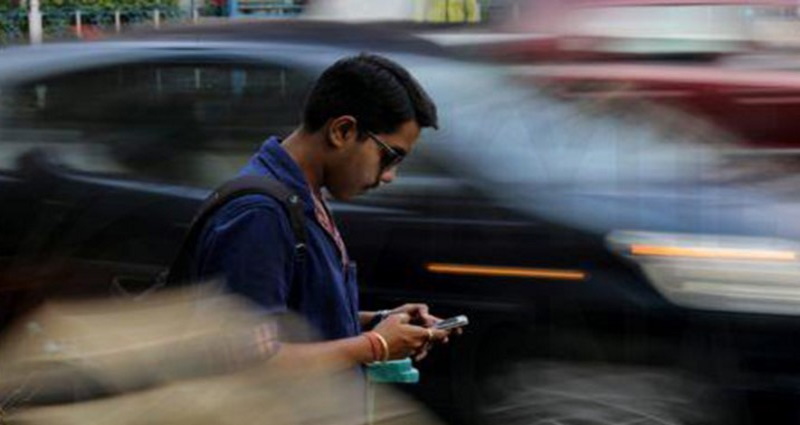 Through this application, the public will be able to carry out all transactions with departments and services online, including paying utility and parking bills and submitting applications.

You will also be able to use the app to keep informed about events and other activities in the city.

Mayor Phaedonas Phaedonos announced in a post on social media recently that contracts had been signed between the municipality and Cocoon Creations for the creation of this new application, which aims to provide comprehensive access to digital services and information.

Whether you have full residency or have a second holiday home, this new application will he really helpful especially to the second home owners having the ability to pay bills online, not having to wait until they next visit.

Which international airports serve the island of Cyprus

Larnaca’s International Airport (LCA) is located in the country’s southeast and is the country’s largest and busiest airport. Before the coronavirus hit the island, it was serving more than eight million passengers a year, with most traffic being seasonal. With a wide variety of European airlines fly to and from Larnaca. 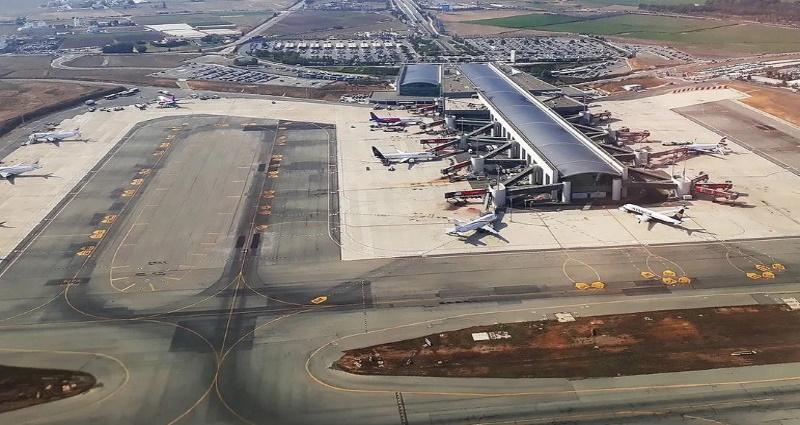 The facility opened in February 1975, and replaced Nicosia International (NIC) as Cyprus’s primary international air hub. Nicosia had ceased functioning as a commercial airport due to the Turkish invasion of the island in 1974. It was left derelict thereafter and has never been in use since.

Initially, the landing strip was too short to serve large jet aircraft. However, Larnaca’s runway now stretches for 3,000 meters which allows it to handle intercontinental traffic, such as, as reported by the New York Times, Gulf Air’s non-stop flights to New York JFK. Tourists visiting the East and Southern coast destinations such as Ayia Napa, Larnaca and Limassol often use Larnaca Airport. Larnaca is not used just for tourism, the airport also sees a degree of cargo traffic.

Paphos International (PFO) is Cyprus’s second-largest airport and is ideally situated for tourists visiting the west of the island such as Paphos, Polis and Latchi. Tourists travelling to Limassol being just a 40-minute drive often prefer Paphos Airport. 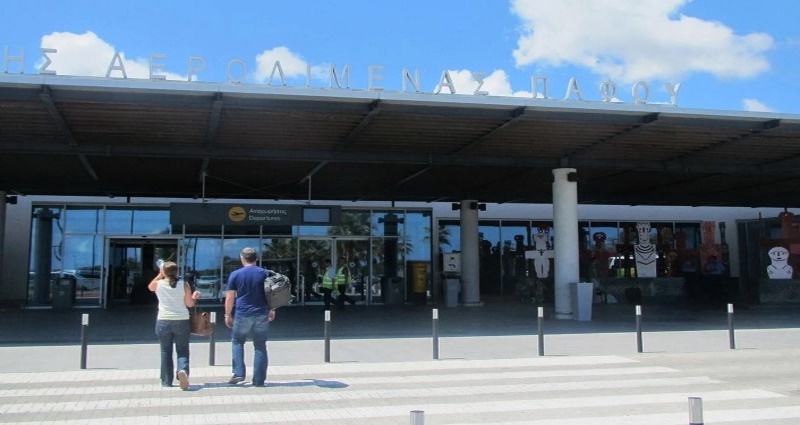 Paphos Airport is now 40 years old, having initially opened back in 1982. Unlike Larnaca, it serves as a joint public/military airport, with Cyprus’s National Guard and Air Force also present. Unlike Larnaca, it doesn’t typically handle cargo flights.

Pre-pandemic traffic peaked in 2019, when just over three million passengers used the airport. The runway is 2,699 meters long. Due to the tourism-driven nature of flights to Paphos, many flights only operate seasonally, and/or on a chartered basis. Although, certain routes are served all year round, such as Aegean Airlines flights to Athens. Further afield, UK destinations have a strong year-round presence, thanks to carriers such as EasyJet, Jet2 and Ryanair has a considerable year-round presence at Paphos.

€80 for Russian tourists to visit Cyprus

From 1st December 2022 Russian citizens applying for tourist visas in Cyprus will have to pay €80 onwards, along with providing additional paperwork for stricter checks. Children between the age of six and 12 will pay half price, therefore €40. 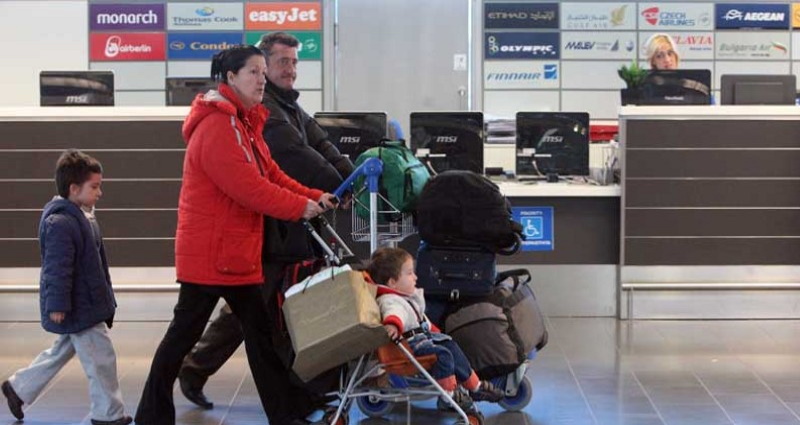 This might not be a particularly steep fee, it’s still a significant increase from the previous policy whereby Russians were exempt from visa fees, although applicants from other third countries had to pay €20.

In September this year the Council of the EU adopted a decision to suspend the visa facilitation agreement with Russia which had been in force since 2007.

SchengenVisaInfo reported on the development which was confirmed by to the Cyprus Mail by the foreign ministry.

The additional paperwork resulting in more documentary evidence being required for Russians applying for tourist visas, including longer processing times and more restrictive rules for the issuance of multiple-entry visas.

Direct flights between Russia and the EU were cancelled at the start of the conflict, limiting Russians’ ability to enter the union.

EU foreign ministers agreed to suspend the visa deal but stopped short of backing an EU-wide visa ban for Russian tourists that Ukraine and several EU members had called for.

Pre-pandemic, one-fifth of tourists were Russian (782,000 out of 3.9 million) making the Russian market the island’s second largest after Britain.

Last year, despite severe Covid travel restrictions, that figure rose to over 25%, with arrivals from Russia accounting for almost 520,000 of the 1.93 million.

Please Contact us if you have any questions or require further information relating to buying property in Cyprus or residency options.

If you would like further information on buying properties in the Cyprus or discuss you property requirements, please do not hesitate to contact us.